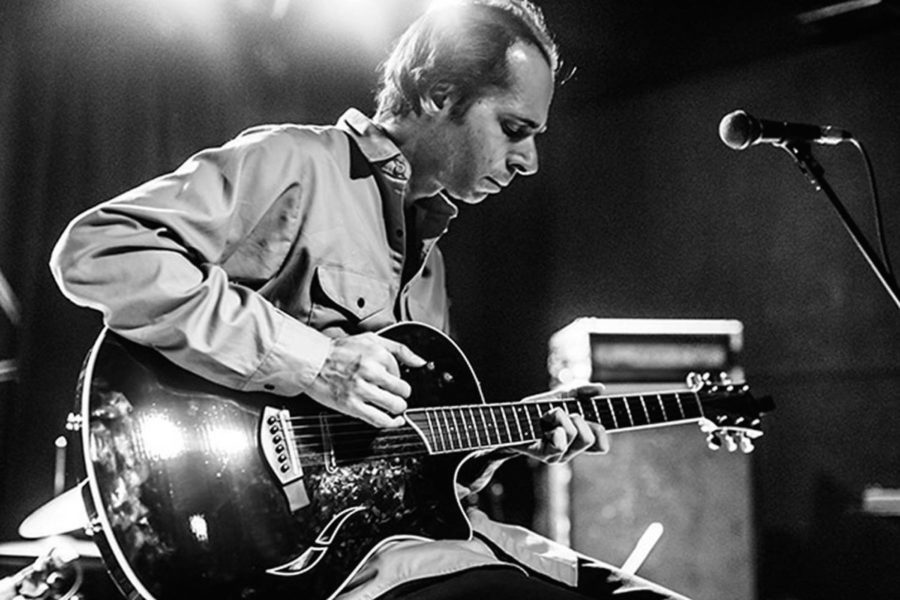 Alan Licht is a writer, musician, and curator based in New York City. He is equally known for his guitar work in the underground rock bands Run On and Love Child and in the experimental groups the Blue Humans and Text of Light. He has released eight solo guitar albums and more than a dozen duo and trio records of improvised music. Licht is a contributing music editor at BOMB magazine and his essays and reviews have appeared in Artforum, Parkett, The Wire, The Believer, Sight & Sound, and many other publications. He is the author of An Emotional Memoir of Martha Quinn, an extended personal essay about coming of age as a rock fan and musician; Sound Art: Beyond Music, Between Categories, the first full-length study of sound installations and sound sculpture to appear in English; and Sound Art Revisited, an updated version of the latter, published last year; and he is a co-author of Will Oldham on Bonnie ‘Prince’ Billy, a collection of interviews with Will Oldham, and Title TK 2010–2014, a compilation of concert transcriptions, with Cory Arcangel and Howie Chen.

Anthony Elms is the Daniel and Brett Sundheim Chief Curator at the Institute of Contemporary Art, University of Pennsylvania. Since joining ICA’s staff in 2011, Elms has organized the exhibitions Cauleen Smith: Give It or Leave It (2018), Endless Shout (2016-7), Rodney McMillian: The Black Show (2016), Christopher Knowles: In a Word with writer Hilton Als (2015), White Petals Surround Your Yellow Heart (2013), and coordinated several other exhibitions and projects. He is also a writer and editor of the publishing imprint White Walls Inc. Elms’s writings have appeared in various periodicals, including Afterall, Art Asia Pacific, ART PAPERS, Cakewalk, May Revue, Modern Painters, and New Art Examiner.

Elms has written essays for catalogues and edited collections such as Cosey Complex (Koenig Books), Geof Oppenheimer: Big Boss and the Ecstasy of Pleasures (Mary and Leigh Block Museum of Art), Terry Adkins: Recital (Prestel) and Among Others: Blackness at MoMA (Museum of Modern Art).. He has independently curated many exhibitions, including: Interstellar Low Ways (with Huey Copeland); A Unicorn Basking in the Light of Three Glowing Suns (with Philip von Zweck); and Sun Ra, El Saturn & Chicago’s Afro-Futurist Underground, 1954-68 (with John Corbett and Terri Kapsalis). He was one of three curators of the 2014 Whitney Biennial.

This event is free and open to the public.

City of Philadelphia Covid-19 protocols for indoor public gatherings are in effect.
Proof of vaccination or masking required for all participants.