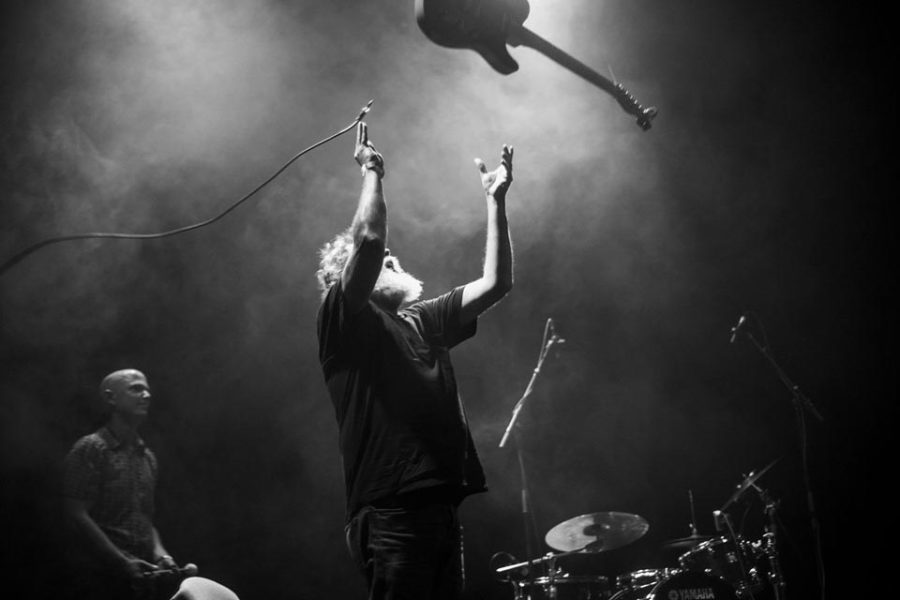 The aggression and experimentation of Miami-based duo Harry Pussy, which featured Bill Orcutt on four-string guitar and vocals, proved to be highly influential on a generation of underground noisemakers, but Orcutt seemed to disappear after the band called it quits in 1997. The guitarist relocated to San Francisco, got a job in software engineering and went almost completely silent for the next decade and change. He reemerged in 2009 with the solo acoustic guitar album A New Way To Pay Old Debts. The overdue return was widely hailed, landing at #3 in The Wire’s Top 50 Release of the Year list and being acclaimed by Pitchfork for its “raw improvisations equally indebted to blues legends like Lightnin’ Hopkins and abstract experimenters like Derek Bailey.”

Orcutt has been on the road regularly ever since, releasing a string of solo albums on his own Palilalia imprint alongside collaborations with drummer Jacob Felix Heule, cellist Okkyung Lee, guitarist Bill Nace, Hayley Fohr of Circuit des Yeux, and Brazilian trio Chinese Cookie Poets. In 2012 he picked up the electric guitar once again, and began a raucous partnership with Chris Corsano.

Based in upstate NY, Corsano has been active at the intersections of collective improvisation, free jazz, avant-rock, and noise music since the late 1990s. He began a long-standing, high-energy musical partnership with saxophonist Paul Flaherty in 1998, combining modern free-jazz’s ecstatic collectivist spirit and the urgency and intensity of hardcore punk. A move from western Massachusetts to the UK in 2005 led Corsano to develop his solo music, a dynamic, spontaneously-composed amalgam of extended techniques for drum set and non-percussive instruments of his own making. He spent 2007 and ’08 as the drummer on Björk’s Volta world tour, all the while weaving in shows and recordings with the likes of Evan Parker, Joe McPhee, Thurston Moore, Virginia Genta, C. Spencer Yeh, and Jandek.